Does Viktor Yuschenko now want a Czechoslovakia style split up of his country? What would be the next logical step for an ideologue after beating all records for the worst incumbent electoral showing (a jaw dropping 5% of the vote)? The past month demonstrated that perhaps he’d rather burn down the house if it will not be governed by his idealized notions of what Western reform means. Somebody as ideologically inflexible and stubborn against all odds or appeals to end human suffering (notice Ukraine’s second depression in just 2 decades due to Yuschenko’s damn the torpedoes insistence on Bush style market reforms) does not go away into the night easily. But more on that in a moment. 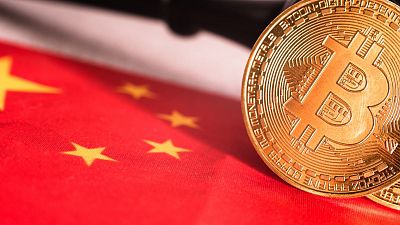 Hillary Clinton’s hysterical ghost seems to hardware have taken over Yulia Tymoshenko in the last few weeks. Tymoshenko has thrown everything but the kitchen sink at Yanukovych who was wise enough to not fall for her bait. There is now evidence to believe a kitchen sink equivalent will now be thrown if her opponent wins. Yulia has projected her own desire for electoral fraud (her people briefly controlled a ballot printing plant before being removed by a judge) on Yanukovych to such a degree that a lot of her supporters now expect her to challenge the results regardless of the loss margin.

Unlike Tymoshenko, Hillary Clinton was not one of the richest oligarchs in the country (Yulia made enormous wealth in energy industry during Kuchma’s era) or already holding a powerful political position that could be used to destabilize the country in case of a loss (Hillary’s damage was largely contained within the democratic party). Although Yanukovych has a 10% lead, it is likely to be a close win.

Ukrainians are too demoralized to stage a second Maidan but that wont stop Yulia from trying to destabilize the country again. After all it worked for her twice in the past and she has the financial resources and government megaphone to attempt mass strikes and rallies. Such mass protests in Western provinces are especially troubling in that they could spiral out of control and result in retreat of Kiev’s power. Since many in the Western pro-Yuschenko provinces only view her as a lesser evil (Tymoshenko just learned Ukrainian language in 2000 to be able to thrive in politics), it is also possible she may lose control over her own creation if she sets it in motion.

Viktor Yanukovych has remained remarkably calm in the face of preemptive provocations. This is understandable in that if he reacts with similar hysteria, bloodshed really is possible in months to come. European Union and United States intelligence services should be careful in how much they crank the propaganda levels in support of Tymoshenko in the next few weeks considering E.U. already has

enough on its plate with Greece and Spain. Washington DC’s intelligence has still not recovered from humiliation in Georgia and Iran in recent years. A European country of over 40 million people that is in the middle of a severe depression and that is more ethnically/emotionally polarized than ever before is not the same toy to play with as it was in 2004. Of course we can’t expect British media to not try to stir world opinion against Russia even if E.U./US propaganda machines do not go into same high gear as with Iran last summer or with Ukraine in last presidential elections.