Guide to Building a Gaming Computer

A Gaming Computer, also known as gaming PC, is a personal computer that is capable of playing computationally and graphically demanding video games. They are very similar to conventional computers with the exception that these machines are fitted with performance-oriented video card and other specifications. This type of computers can be easily bought in the market but at a much higher price compared to the conventional computers. Since most of the gamers are both cost and performance conscious, most of them opt to build their own gaming computer than buying a built-in gaming computer. 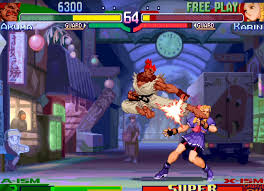 How to choose your components?

The Central Processing Unit (CPU) is one of the most important core components in all computer systems. The CPU is a portion in the system that carries out the instructions of a computer program. In simple terms it could describe as the brains of the computer. The performance of your games and other applications will depend on this microprocessor.

Choosing the best Central Processing Unit (CPU) for your gaming computer can be a hard decision to make. Picking the latest, fastest, or most expensive processor on the market won’t always result in the right CPU for your particular system. Some processors are designed to work with a certain or specific motherboards, thus the CPU type limits the motherboard type you can use.

For a gaming computer, you will really need a powerful CPU for it to performing superbly. Luckily these CPUs are supplied by Intel and AMD (Advanced Micro Devices) at an affordable price.

Intel has the Core i7 and Core i5 processor models. Currently these models are the most popular ones used for gaming purposes, which are mostly recommended for gaming computers.

AMD, on the other hand, has the Athlon and Phenom series. If you want to go AMD, you can try the most recommended Phenom X4 series.

First, a motherboard will generally support one type of processor only. Different CPUs have different connectors that physically vary with one another, Make sure that your CPU plug is suitable to your mother board connector.

Here are some examples of well-known motherboards manufacturers where you can browse for your perfect gaming motherboard: ASUS, ABIT, MSI, XFX, EVGA, Intel, and Gigabyte.

The hard drive is the computer component responsible for storing your files and programs. When buying a hard drive for your gaming computer, consider these three main features: speed, size, and the type of interface.

[Speed] Basically the faster the hard drive spins the fast you are able to access and transfer your data. Currently, the best hard drives in the market these days can have a speed around 7200rpm (rounds per minute). In a gaming computer, you don’t want anything less than this; else it will cause delays between reading and writing data.

Faster hard drives that reach speeds of 10, 000rpm and 15, 000rpm are available in the market at a higher price. For your gaming computer, a 7200rpm hard drive is already enough for but if you can shell out more money, then you can opt for these faster hard drives.

[Size] Hard drives come in different sizes, which can range from 80GB to 500GB and more. For your gaming computer, it is always recommended that you purchase the largest hard drive you can afford. This will allow you to store lots and lots of software and data (including games).

[Interface] The interface of the hard drive is responsible for managing the exchange of data between a computer and the hard drive. Currently, the most commonly used hard drive interface used today is Advanced Technology Attachment (ATA); which comes in two forms, the original Parallel ATA (PATA) and the newer and faster Serial ATA (SATA).

There’s also the expensive Small Computer System Interface (SCSI) which are used primarily for high-end workstation computer. For you gaming computer, it is sufficient enough to have the SATA if your motherboard can support it.

Choosing the right video card that is supported by both your CPU and motherboard is a very important and tough decision to make. The gaming video card you choose will be responsible for producing the dazzling 3d graphics and effects seen in the latest computer games. A better graphics card can deliver a better 3d gaming experience, so the best and affordable video card should be bought for you gaming computer.

The speed and efficiency of the GPU should not be the only thing that counts when buying your video card. You should also consider the advance 3d rendering effects such as anti-aliasing, anisotropic filtering, bump-mapping, pixel shaders and much more. For your gaming computer, consider a video card that can support such latest 3d rendering techniques in the software world.

Like the CPU market, there are two primary competing companies that current dominate the graphic card. These companies are ATI and nVidia. ATI is responsible for the Radeon series, while nVidia is marketing the GeForce line of cards.